A new point of view of the Stripling Warriors.

Throughout the battles in which the young stripling warriors fought, many of their number were wounded, but not one of them was ever killed because, although “they never had fought, yet they did not fear death; and they did think more upon the liberty of their fathers than they did upon their lives; yea, they had been taught by their mothers, that if they did not doubt, God would deliver them.”

How were the stripling warriors taught by their mothers?

What helped them have faith?

These moms were praying their guts out while their children were away fighting for them. They were saying powerful prayers for very specific things, like safety and wisdom and protection, to be able to listen to and follow their leaders.

When things got scary and the warriors needed courage, I can picture them remembering that their moms were praying for them and gathering strength from that image.

It wasn’t just that they had been taught in their youth, they knew their mothers were actively helping them through prayer, even while they were far away.

Prayer is one of my most favorite and powerful Mothering tools, especially as my boys have grown up and moved out!

I love this definition of prayer in the Bible Dictionary – “The object of prayer is not to change the will of God but to secure for ourselves and for others blessings that God is already willing to grant but that are made conditional on our asking for them. Blessings require some work or effort on our part before we can obtain them. Prayer is a form of work and is an appointed means for obtaining the highest of all blessings.”

One of my Powerful Mom Prayers

In this podcast I share how a powerful prayer I uttered on November 11th 2014 and how it helped save my oldest when he was kidnapped when he was only 16 years old. 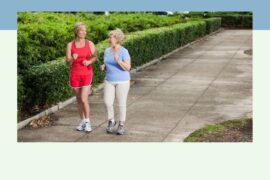 22. Can Walking While Talking Help You Feel Better Emotionally? 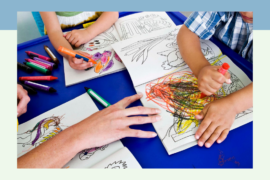 21. 7 Steps to Scribble Out Emotions and Stress 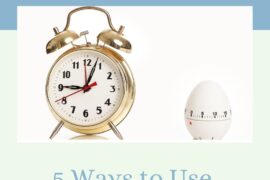 20. 5 New Ways to Use Timers and Alarms to Improve Your Life