A few years ago T1 bought 10 Army Shirts from an Army Surplus Store online.  He wanted to use them with his friends when they went paint balling.

The box arrived and he opened it to find they were actually used army shirts from the German Army (as far as we could tell from the flag on the sleeve).   He was excited about his purchase and immediately put one on.

Within 30 minutes he was acting weird.  Like he was stoned.  I said, “T1, are you on drugs or something???”  I was sort of joking, but wondered if he was getting sick or something, because he wasn’t able to follow our conversation and was just acting weird.

He said, “I started feeling really weird when I put this shirt on.”

I had him take it off immediately.  This was years ago, before I understood that items could hold energy of previous owners.  I wanted to just throw all the shirts away, but he begged me not to.

Trying to Clean off the Old Energy

So I said a prayer and asked that any lingering energy on them be removed.  Then I shook some Essential Oils on them to raise their vibration, I think I also cleared some emotions from them.  Then I washed them 2 times.

I watched T1 very carefully the next time he wore one of the shirts.  I felt like the energy from the previous owners had been cleared.  He seemed fine as he wore it, no more weird behavior.

Now if I buy something used, I clean the energy off the items before they come in my house.

The Power of Cleaning Items

As an energy worker there are times when I am working with people and we find that they have items that need cleaning.

So if a couple is struggling it can sometimes help to clear those spaces and items.  For instance wedding rings, bedrooms and beds sometimes hold a lot of energy.   I also talk about patterns of behavior and check the cords and boundaries the couple has, so they can work on those too.  But it helps to clear the spaces and items as well, creating a blank canvas for change.

Do you have a space or item that you think might need clearing?  What makes you think so?

Have you had an experience where energy on an item had a negative effect on you?

I am teaching a class on how to Energetically Clear Places and Things next week.  If you are interested in learning more, please join in! 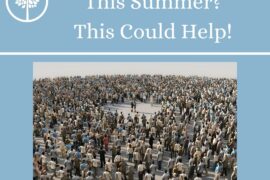 Are You Having Any Anxiety This Summer? This Tool Could Help! 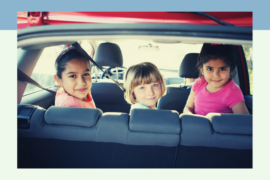 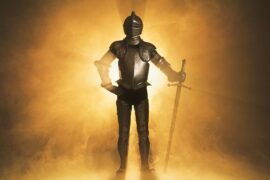