I’m so grateful that Melissa is here today to share an experience that she had with angels during a birth.

Melissa – Mom of 8 and Birth Worker

Melissa: My name is Melissa Pate. I am a doula. I have been since before I had kids, I have eight children. They range in age from 15 down to seven months old. They’re all about two years apart. I homeschool my kids. My husband was in the air force. He’s retired now and he’s staying home and I get to do all the birth things now.

So I’m a birth assistant and a doula and a childbirth instructor.

Why Angels Were Needed at this Birth

Sheridan: Melissa, could you set up this specific birth experience and why you think maybe you had this angelic experience?

I had done a lot of praying and scripture searching and connecting with spiritual things before my fourth child was born. And so I think that that really helped me to, make the connection with what was around me while I was in that vulnerable state in labor, in the birth pool.

Sheridan: You had an interesting experience with angels, and I would love it if you would share that with us.

Melissa: Yes, during my fourth birth, my first vaginal birth.

I was really sick. So I had this cold, I probably had it for three full months. And I was very sick, so it made that labor even harder. everything was really slow. I made, it took a really long time, but things were kind of manageable and I was in the tub.

It was a lot of controversy going on. About that birth with my sister who thought I shouldn’t have been doing that. And and she called the hospital and the middle of my birth and was asking them where I was. And cause it wasn’t answering my phone and things like that. So looking back, I can see why these angels were there,

Melissa: but I was in the birth tub. I wanted it very quiet and I was laying my head against the edge of this birth pool. And I, I don’t know if I opened my eyes I tell people that it was something I saw with my spiritual eyes and I’ve seen things since then. but I could see two angels standing on either side of the birth tub.

Sheridan: Oh, I love that. Thank you. Reminiscing on what you said earlier, how birth is a time when the veil is thin and how it really is. I feel like we’re closer to the spiritual realm during birth and during death when that veil is thin.

And I’m curious if at other times as a birth worker, you have felt the presence of angels at different births.

Melissa: I can’t say that I have seen any, but I have felt that spiritual power at birth. I have. been to several births by this point. And there are some that I come home from and I’m like, ah, that was another birth another day.

But there are some that, that are very spiritual. And I have clients who have asked me if I will pray with them during birth and they listen to worship music. And I think that having those elements being part of their birth has made me feel closer to. Angels. And I, like I said, I don’t think I’ve ever seen any since then.

I think that being in labor also puts you in this state of vulnerability. That is not the same as being at a birth. So I have felt the influence. I have felt that spirit there, but I have not seen any since

Sheridan: then. Yeah. And that is a great distinction, right? Like as a birth worker, we can. Feel the love and the oxytocin and yeah.

And all that, but you’re right. We’re not in that same position as the birthing mom, who is the one that has to, I feel like kind of go to the veil reach the through, bring the baby over, or, you know, some kind of like between the veil happens with the mom, the birthing mom

How has this experience changed your life?

Sheridan: So this experience you had with seeing angels at your birth, how has that affected you as you’ve moved on in your life?

Melissa: Knowing that angels exist and feeling their presence has changed the way that I think about those who have passed on and those who are yet to come here, it has given me a connection to knowing that they’re around us, that they’re not, you know, in some faraway planet or some far away place. I know that they’re here.

Sheridan: Great. Thank you so much. I really appreciate you being vulnerable and sharing that really amazing experience with us today.

Melissa: Well, you’re welcome. I’m glad that I’m able to share, because I think that, angels are definitely something that we don’t talk about enough. I feel thankful that I could share it because it was a very strong spiritual experience that I go back to.

A lot, when I have any doubts or worries in my life, I remember that experience and know that it was real. 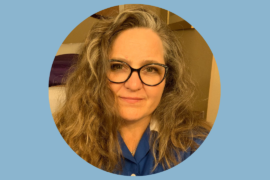 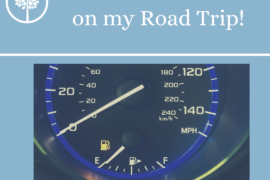 Can Angels Help When You Are Running on Empty?