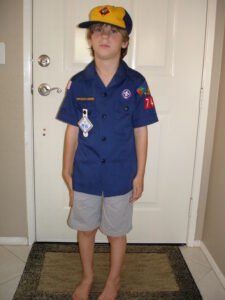 My oldest son, Thing 1 and I had a traumatic pregnancy and birth. (For both of us)  I was on bed rest from 25 weeks trying to keep him in; I had preterm labor, so I was fairly stressed out.  Then he was born by emergency cesarean at 34 weeks due to fetal distress.  (I noticed he wasn’t moving and went in to get checked out and his heart rate was non-reactive and dropping with pressure waves) and basically he was born minutes after getting to the hospital.  I was able to have an epidural so I was awake for the surgery, but I wasn’t able to hold him for over 24 hours and he was in the NICU for 12 days.

When he was 8 years old his anger issues were really intense.  I tried a lot of different things; we both did normal talk therapy.  I read a lot of books and tried a lot of things at home, with behavior management, etc.

I then went to an afternoon Introduction to Energy Healing session.  When she asked for a volunteer my hand shot up SO fast.   I was willing to try anything.

Here is what I wrote about that experience in my journal

I have always felt a barrier between us, even though logically I knew I was not at fault, I held on to regret and guilt and couldn’t seem to let it go.  These feelings clouded my vision of him.  When he struggles with things I took it personally, thinking if only, if only I had gone in sooner.  Instead of accepting him as T1, I would try to change him, thinking he was a certain way because of a choice I had made.

I went to the Intro to Energy Healing, while K. was introducing the subject and talking about things it could help with, fear, guilt, anxiety… she said regret.  I immediately thought of T1 and wondered if it could help me with that situation.  When they wanted to try it on someone, I almost jumped out of my seat for a chance to try it!

I am so glad, because it really did work.  When I was done (after about 10 min) I felt as if those emotions had been released.

T1 came to greet me when I got home and he already seemed different, but really he wasn’t different, I was just able to see him as his own person, instead of through that filter I always saw him through (a filter tinged with guilt and regret) I always saw him with sadness around him.  I don’t see him that way now.  It is really beautiful and freeing for me AND him.

Today I wrote an e-mail talking about after his birth and waited for the feelings I normally feel… in this instance anger that my MIL got to hold him before I did.  I waited and felt… Well, I kind of feel nothing, not sad, not mad, but just accepting of it.  It is what happened and it is ok.  I actually feel a little empty (in a good way)… lighter if you will.

It has only been 1 day since doing energy work, but today I really like him more and enjoy him more.  He is just a pensive, smart little boy.  It is very freeing to be able to see him with clear vision.  I have always known that I have had this issue and just didn’t know how to get rid of it.  I have tried prayer and logic…

We all ask for help form a higher source (well not everyone, but I do) I think having someone walk you through it step by step seeing if your mind/body/heart/spirit, all those parts of you accept you desires.  If it hasn’t then you can go deeper and see what beliefs are holding you back from moving forward.  Step by step.  Then you can see where you are stuck and then release it and move on to the next step.  Eventually achieving your main desire, which in my case was letting go of my guilt/regret, so that I could have a more open, accepting relationship with my son.

I was watching T1 and he seemed looser.  I said, “Can I have a hug?”  Normally this might be given quite grudgingly and he would stand very stiffly while I hugged him.  He came over and LEANED into me.  And we hugged.  It was beautiful.

It has been 2 months and our relationship is still very improved.  I just enjoy him so much more.  It is amazing to me how my feelings could affect our relationship so much.  I am glad I was able to let that regret go so that I can enjoy him as the great little boy he is.

This is how I became intrigued with Energy Healing, part 2 coming soon. 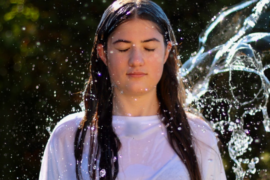 Staying Calm and Grounded with the Excitement of Covid 19 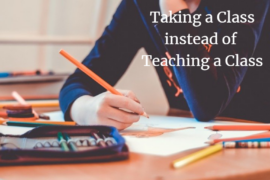 Find and Embrace God’s Ideal Word for You in 2020