Our school choices dramas throughout the year!

Since my boys were little, I have almost always had drama around the start of the school year.

I had my boys in a variety of different schools –

Often the answers were SO clear in our schooling choices.

The most obvious one, was the year I thought I didn’t have to make a choice.  Devon was in Jr High School and happy, Carson was slated to go to 5th grade gifted class with a teacher he had a year before who we loved and Bryson was going to be in preschool.

I remember sitting at the beach club with friends the week before school started, in a place of peace and almost a little pride – I don’t even have to make a choice this year, this is no biggie!

Then my friend mentioned her daughter was going to a charter school and their kindergarten had 4 and 5 year olds – the 4 year olds would go for 2 years – one year they are stars, the next sun children.  It was Waldorf based and kindergarten sounded magical, like how kindergarten used to be for us.  Lots of playing outside, painting, listening to stories, nap time.  No learning to read or do math, just the fun stuff.

I was intrigued.  I NEEDED to know more.  I called the school right then, sitting on my beach chair.  They had spots open, would I want to come by and take a tour?

YES! I asked my friends to watch my boys and I left imeediatly.

I was driving there a solid 25 minute drive away and thinking of how fun it would be for Bryson.

I drove onto the campus and the spriit made it so clear that this school would not only be a blessing for Bryson, but it was where Carson NEEDED to go.

I hadn’t even gotten out of my car when I got that impression. I wasn’t even thinking of sending Carson there but God knew he needed to go there.

I took the tour, there wasn’t a spot in the grade Carson would be in, but I put him on the waitlist and Bryson on the interest list.

I drove back to the beachclub feeling a little bamboozled, but also excited and knew somehow it would all work out and both boys would go there.

Indeed they did, there were struggles that came with that decision – from the long commute, to school friends living far away, etc.  but it was the right choice for the boys and I feel fairly certain it changed the trajectory of Carson’s life.

Sometimes you get the answer – it is up to you.

Which is how it went for Bryson this summer as he struggled with the decision to change.

Not the favorite answer ever.

Either way will be fine.  Another not so fun answer.

We so often want God to tell us exactly what to do, though there are challenges that way too.

But it was a good opportunity to practice making a choice.  And a good opportunity for me to step back and let Bryson choose, though it wasn’t the choice I would have made.  It was the right one for him, and I know it will work out.

Tool for today – when you have to make a choice –

A trick to help you figure out what you really want

One felt better and more exciting to him.  Also it allowed him to really connect to what he wanted, not just what was expected.

Then once he decided we moved forward with it.  It was scary for him and me.  But we did it!

Link to the grounding meditation!

It is really helpful to get really grounded before you make a decision – here is a quick visualization to help you with this. 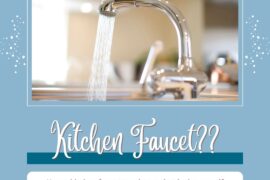 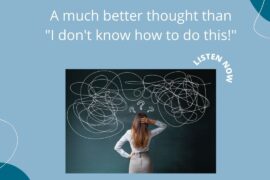 A Much Better Thought than “I Don’t Know How to Do This!” 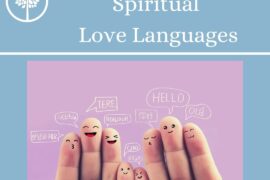 Discover the 10 Spiritual Languages to Feel More Connected To and More Nourished by God.