Tuesday 11/11/14 – I pray in the morning and feel Devon is surrounded by Evil, but that makes no sense, as he is on a Scout camp out.

This is not someone you want to be calling you.

Tuesday around 1:30 PM – My husband got a phone call from the Mexican Police saying they had Devon.  He didn’t believe them.  Devon was on a camp out with a scout troop in Joshua Tree.  My husband had spoken to the scout leader Sunday night, Devon was supposed to be home by 6 that night.

After they put Devon on the phone and he was able to convince Rob it was really him, Rob called me and we started the process of getting him back home.  We didn’t know he had been kidnapped at this point.  Only that he was in Mexico and had been robbed.

Rob ran home to get his Passport, money, birth certificate for Devon, extra set of keys for the Xterra.  I helped him gather things and he headed off to get him home!  I made sure we took a moment to pray before he drove off.  I knew we would need all the help we could get.

I also sent out a prayer request to my prayer group and also on Facebook.  I realized I had a friend, Tracine who worked in Tijuana sometimes.  I called and texted her telling her I needed her.

What happened to Devon in Mexico.

Devon had chosen to go to Ensenada instead of the “camp out”.  He is really intrigued by the Baja 1000 and it was starting on the 12th.  That was his motivation to go.  He knew we would never let him go, so he didn’t ask.  (BTW, The plan is he is grounded until he gets married.)

I will ***star the parts where we can see God was watching out for him. The tender mercies are so, so appreciated!

He needed money for gas. He tried to sell an old GPS unit to get some money.

He was abducted by a group of guys with knives.  They took him to a shack, stripped to his underwear, tied up, gagged, and blindfolded him. They took his stuff, got the pin of the atm card, etc.

***Then they left him alone.

***They had tied him with a bandanna, which easy for him to get out of. He apparently has practiced with friends tying each other up and getting loose.

***He also saw when he was being brought in that there was a hole in the wall near the door. This made him know he could escape. He didn’t want to wait until they got back. “That never ends well.”  he said as he told us the story.

He got himself untied, broke through the wall of the shack (good thing Ensenada shacks are poorly made.) 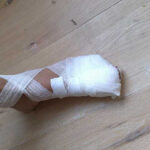 Ran barefoot down the street (hence his feet got pretty cut up.)

***A bus was driving by. He flagged him down yelling “Neccisito la policia”

***The bus driver picked him up and he had a spare pair of pants and gave them to him. He took him to the bus depot.

For some reason I am not completely sure of Devon left the bus depot and went to a Chinese restaurant nearby. He heard there was an American couple there. I think that is why?

***He found the couple who were just about to leave. They had an extra pair of size 9 shoes, which is Devon’s size. They had a shirt. They gave him both.

***They spoke Spanish so translated for him once the police arrived and the ambulance too.

The police took his statement.  The ambulance cleaned his feet and then the police brought him to the Tourism place.  I assume because it was safer for him there than to bring him to the police station.

I was busy cancelling credit cards, etc.  I called and finally got through to the Tourism place and talked to Devon.  He sounded pretty good.  “I’m fine Mom.  Only my feet are hurt.  But I am OK!”  He had moments of sounding pretty scared.  I got off the phone and knew I needed to find him someone to get him ASAP.  Rob wasn’t going to get down there until close to 7, but the Tourism office closed at 6!!   It was time to really focus on finding someone.  Tracine hadn’t called back yet.  I said a prayer I could easily find someone to go and rescue Devon.

I put a request on Facebook for anyone with connections with anyone in Ensenada.  I remembered we had a family whose son had recently returned from a mission in Tijuana.  I called his Dad and he was working on getting a hold of him.  Someone mentioned someone they thought had friends there.  I called her, but her friends were in Escondido.  I contacted another friend near the border and she was reaching out to her contacts.

Then Tracine called back.  She quickly contacted her coworkers in Tijuana and asked them if they knew any Mormons or had any family members in Ensenada.

********Within a few minutes she called back with the phone number of the Missionaries that were serving in Ensenada.  I called them and they said they would go and pick him up and take care of him.

They contacted Marco and were able to pick him up within an hour or so of when we talked.

“I feel like we need to buy extra chicken today. Like maybe we will need to feed someone.”

So they had extra chicken which they fed Devon that night.

Rob Gets to Devon

Rob had picked him up by 7.  He took him to the hospital for a bit more care for his feet.  Once they were back at the hotel Devon told Rob the whole story.  Luckily Rob was smart enough not to tell me until they were both home safe.

Wednesday was full of 3 hours of getting the truck out of impound.  Then getting across the border without identification for Devon (which had all been stolen) and then home.  They were back by around 6 PM and Rob took me out to dinner to tell me the story.

His feet are healing nicely. He is grateful to be alive. I think he realizes the immensity of the stupidity of the decision he made. I hope that this can be a turning point in his life. One in which he will chose to move forward with honesty.

He is the type of boy who once he makes a decision he DOES it. Very little can sway him. Which can be an incredible strength at times. The key is to make GOOD DECISIONS.

It does feel pretty surreal to say, “Devon was kidnapped in Mexico.” When I say that I want to vomit, because I think of all that could have happened. So instead I focus on the fact that none of that did happen. That he is here and safe and humbled. 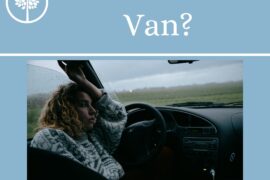 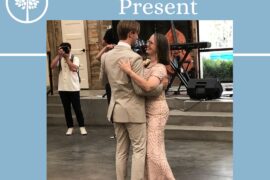